In 2010 a very special resistance monument was unveiled in Workum (Friesland). It was special because Ruth Vulto Gaube actively involved about 250 children from the three primary schools in Workum during its realization. Together with her, the children, each in groups of two, worked with hammer and chisel on three large blocks of stone. This way, square blocks of stone transformed into the the sculptures that form the Resistance Monument. Since then, the monument has been adopted by the three Workumer schools. It is maintained by them, and plays a central role in the memorial ceremony on the 4th of May every year. It is an illustrative example of participation art, made by the people for whom it is intended.

The idea of ​​a monument that is made by a community together with the artist, therefore awakening a deep interest and bonding of the community with the monument, became internationally known. The Danish school Osted Fri- og Efterskole near Copenhagen found this concept to fit perfectly in their vision of community and education, and asked Ruth Vulto Gaube to create a monument on the occasion of their 100th anniversary. They wanted a monument which involved the work and thoughts of all of the pupils, teachers and other employees: a monument of them all.

Vulto Gaube developed for them the shape of a stylized bud, whereby the bud is a symbol of the pupil at school that already bears the whole potential of the adult.

Ruth Vulto Gaube:
“The bud is a symbol of growth and the promise of an enormous potential. Nature encloses the hidden forces inside; cherishing and nurturing them to give them time and space to develop. The food, care and protection from nature means careless freedom for the young sprout, it is enabled to concentrate on its main task: to grow and develop, generating new possibilities in life.

The sculpture has the form of a bud, which has already opened a little, showing the promise of the new.

Also, the opening creates the possibility for dialogue. The form isn’t closed towards outer influences anymore, but already shows us some of its own unique character.

We, as the adult environment, have to feed and cherish the potential of the child, as nature does with the young sprout in the bud. This way, we can give it confidence and space to grow so that one day it will pop open and unfold as a blossom, aware of its own unique qualities, naturally using them to maintain and refresh the world.
The individual cannot survive without the whole, and the whole cannot survive without the individual.”

About 200 people worked on this sculpture in May and June 2017. Just as planned, all the pupils of the school, aged 6 to 16 years, teachers, cleaning staff, parents and grandparents sculpted the form out of the Indian sandstone with chisels and hammers. Their enthusiasm and engagement was great. In groups of three they worked together with the sculptor Ruth Vulto Gaube. “Hard work” according to some, others just didn’t want to stop. What is connecting all of them now, is the experience and the pride to have created a monument together, a monument to celebrate the 100th anniversary of their school. 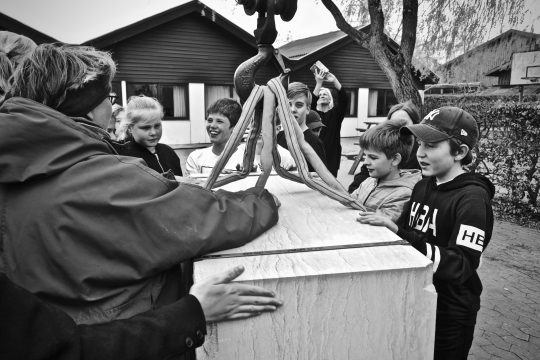 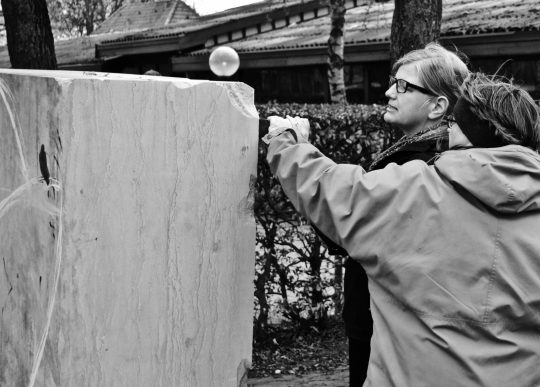 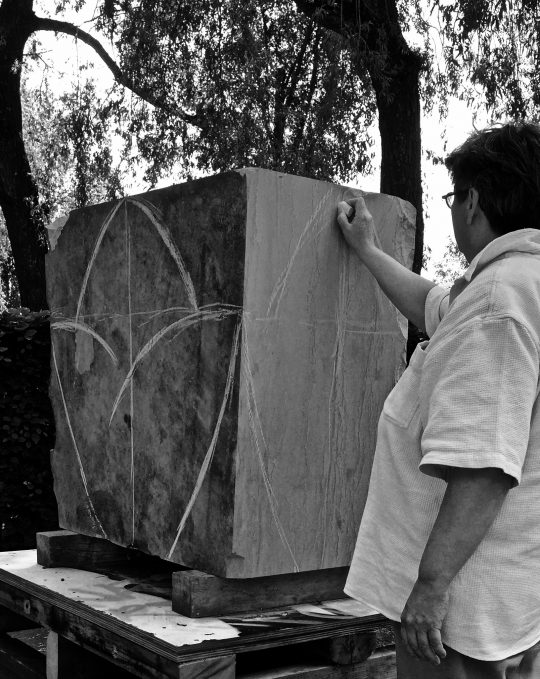 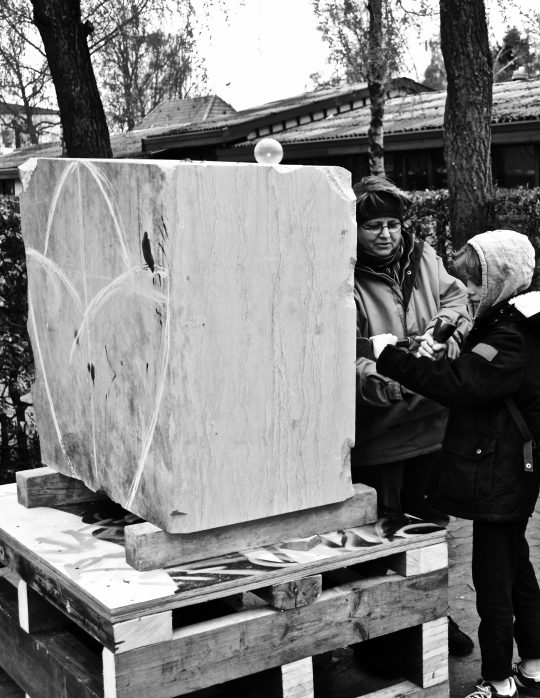 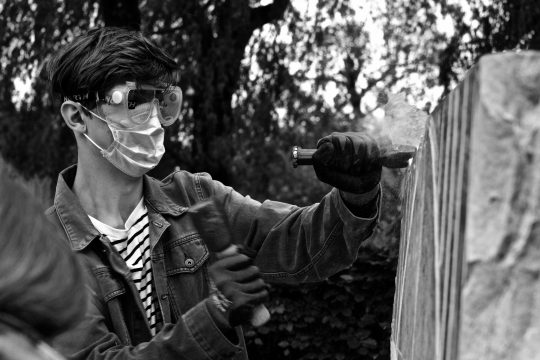 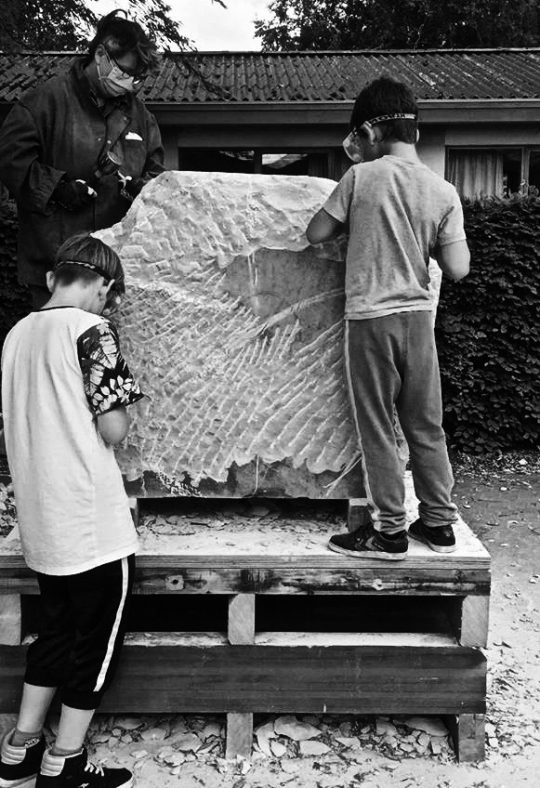 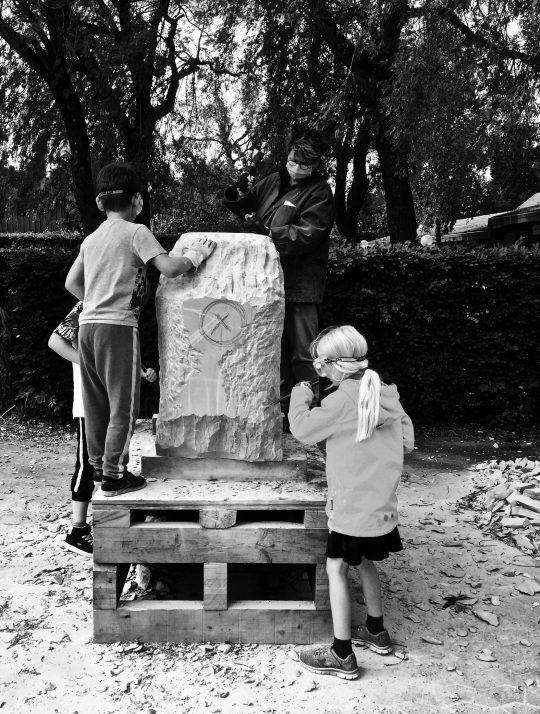 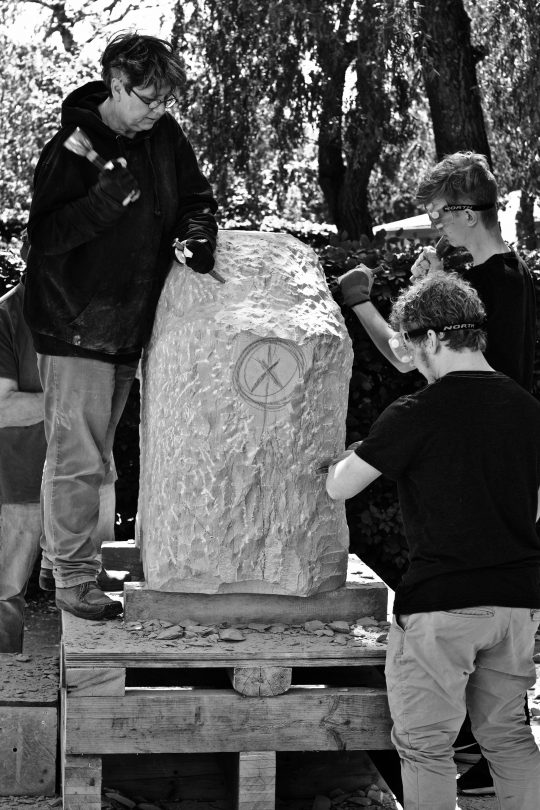 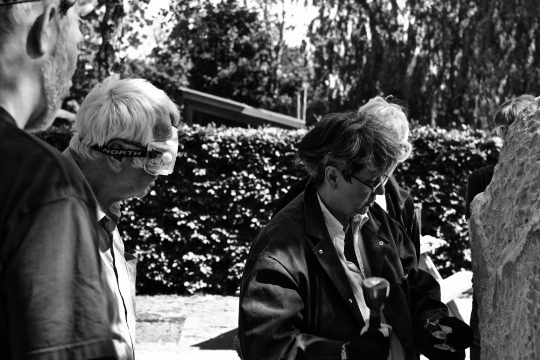 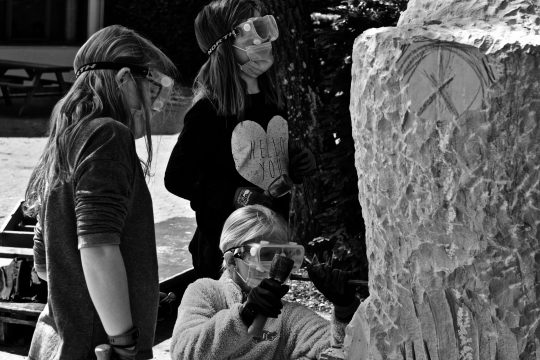 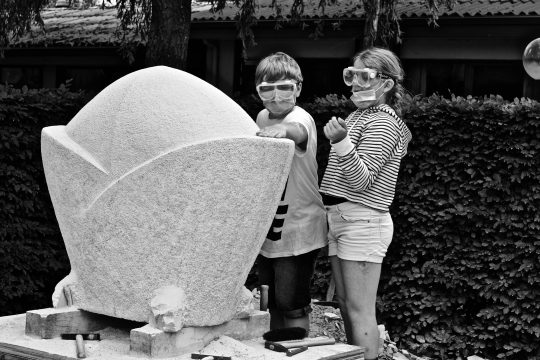 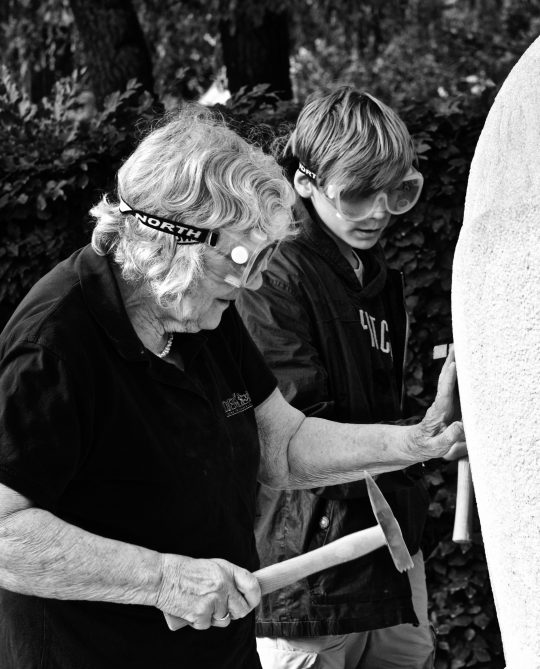 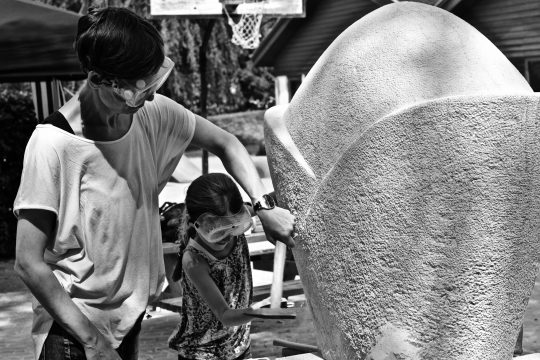 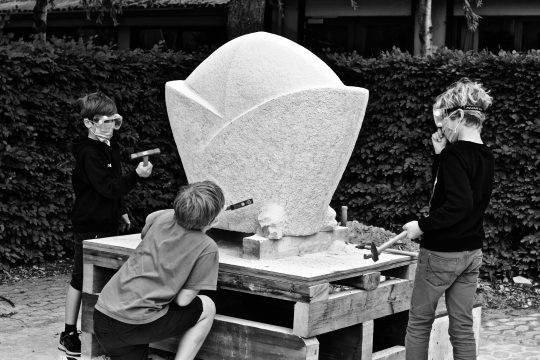 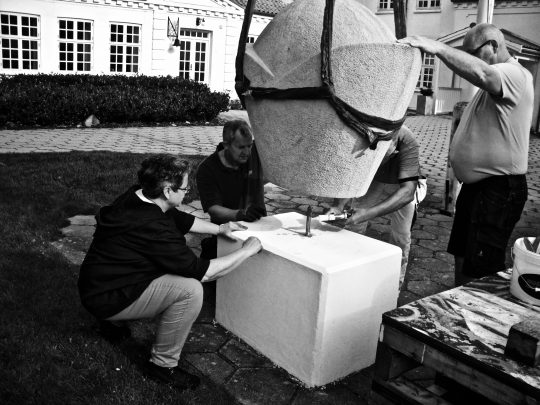 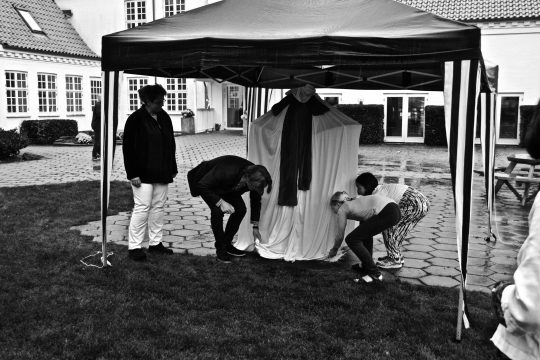 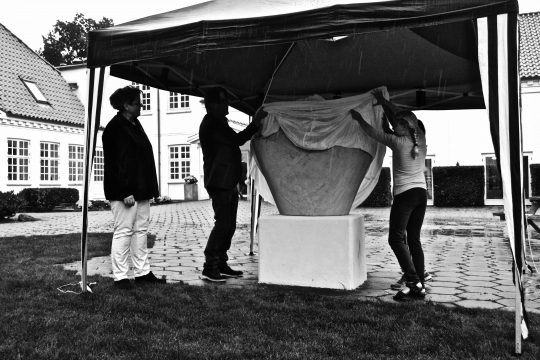 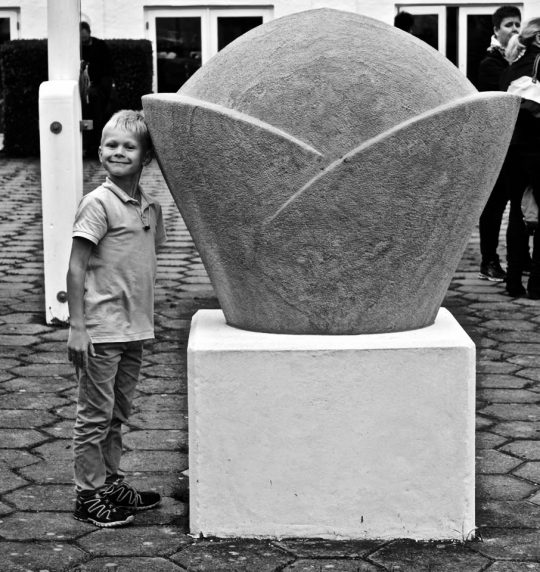