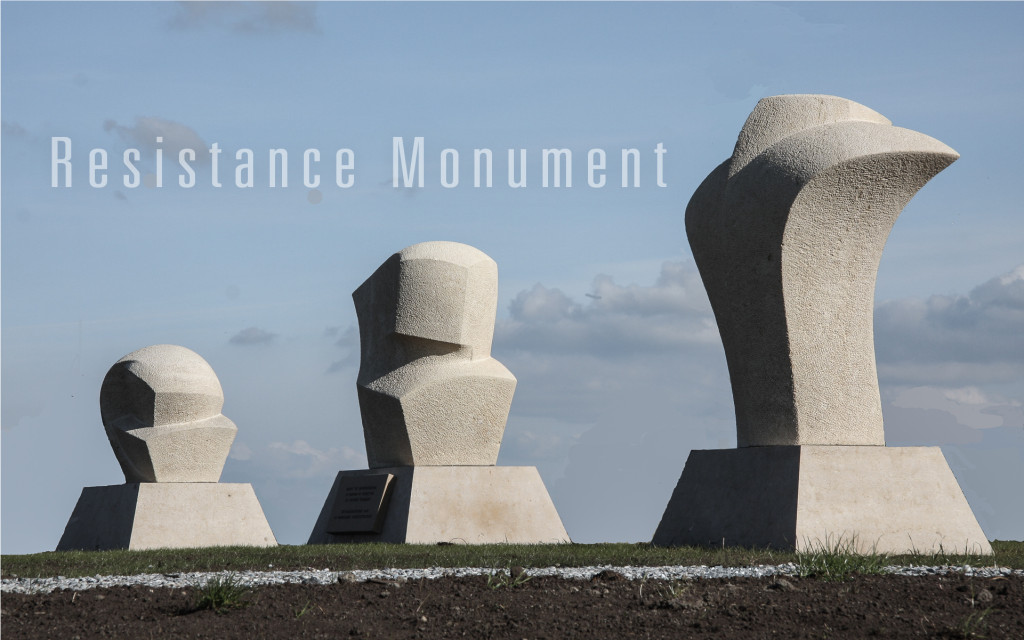 In 2007, the Dutch municipality of Nijefurd commissioned Ruth Vulto Gaube to create a monument honouring the members of the resistance movement during World War II. Part of the mission was that the monument had to be worked out together with the pupils of the upper classes of the three elementary schools in Workumer.

“A monument based on three elements bares the opportunity of making three stages of a liberation process visible. Those three stages are: suppression – resistance – freedom. Resistance is the most active stage and forms the centre between the state of oppression and the state of freedom”. 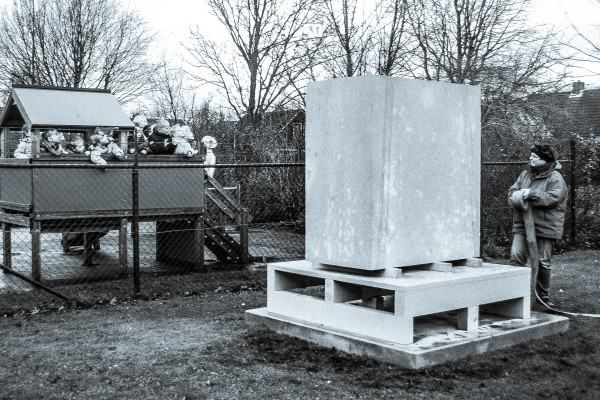 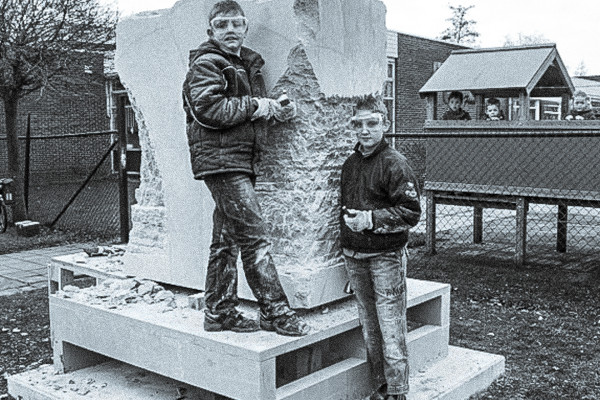 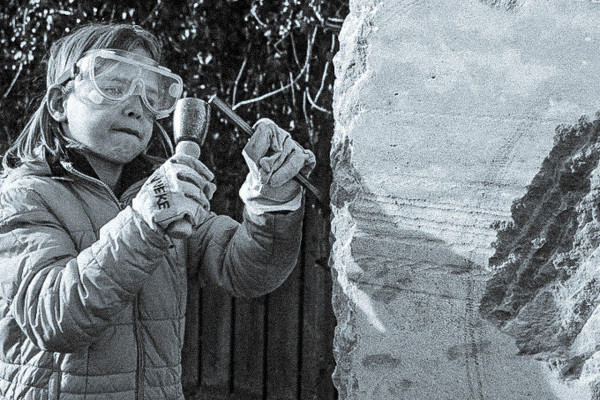 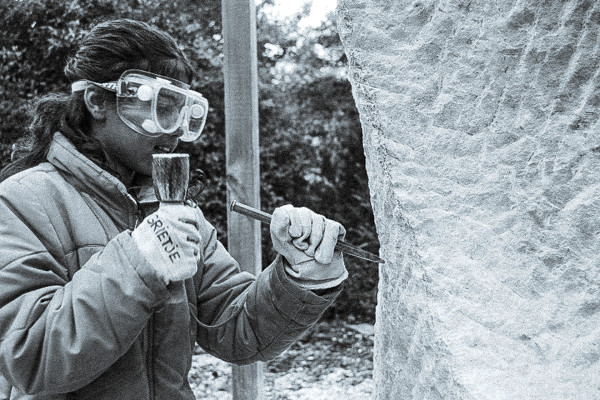 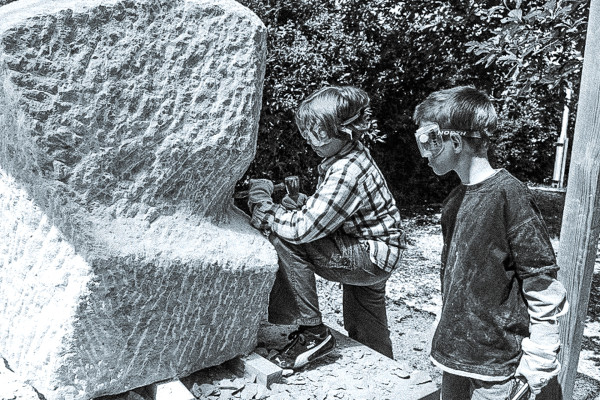 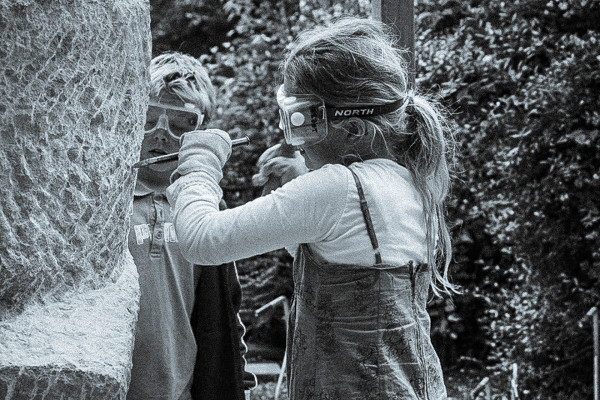 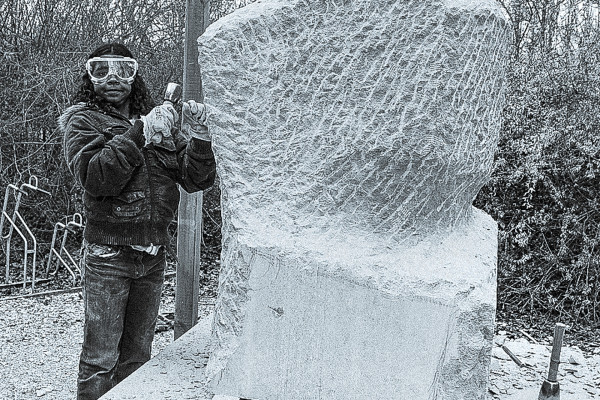 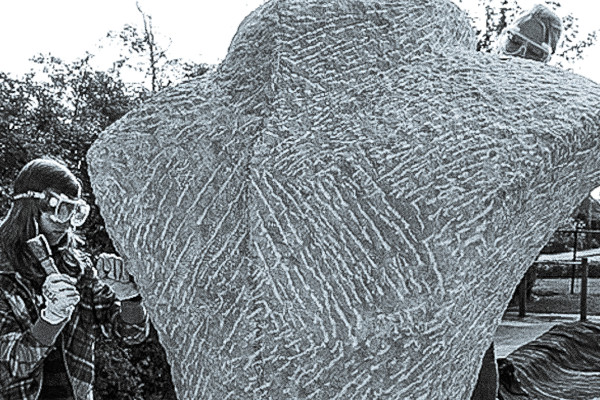 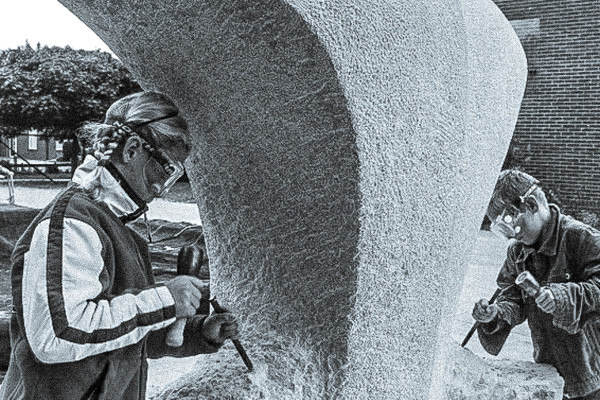 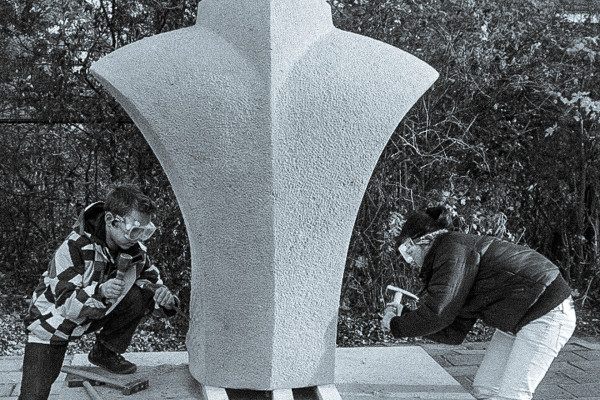 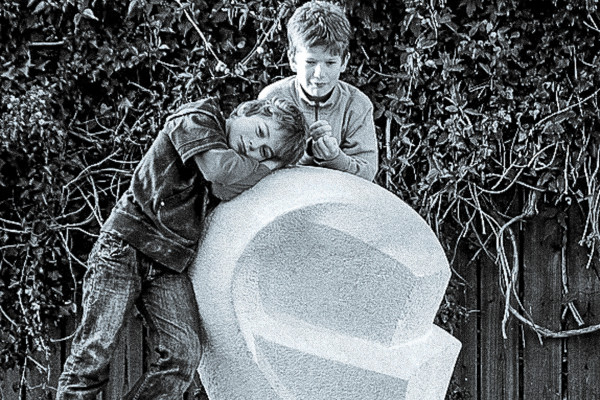 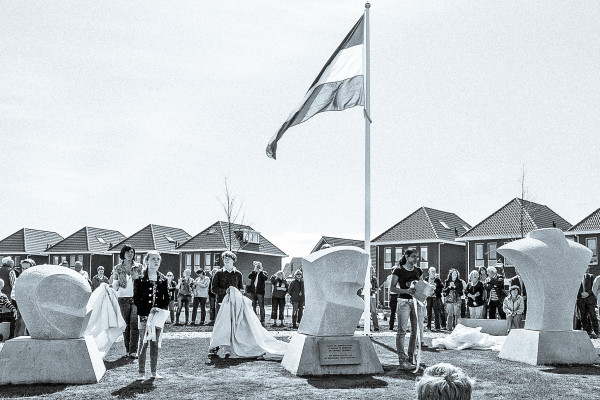 Looking at the relations of forces, the balance of them between inside and outside, suppression is a condition in which the force from outside is stronger than the inner strength. There is a strong imbalance, while the inner strength is stuck in forced passivity. The form is hunched, remote. There is potential of strength, but it cannot arise. At the stage of resistance, activity prevails. The inner strength starts to come in action and defies the external force. It straightens its back and challenges the oppressor – an unstable balance between the two forces evolves. If the resistance now becomes too strong, it turns into oppressive aggression – if it is too weak, the oppression from the outside will continue. The shape of the form is dynamic and begins to unfold. Development takes place, but the form still remains quite closed to prevent it from being too vulnerable. To me, freedom is a state of complete harmony.

The inner strength is now able to develop and unfold, but it is transformed, purified. The individual freedom always has to include the freedom of the other.

The forces from the inside and the outside correspond with each other. A good relationship between those two creates a safe environment that allows full development. The shape is upright and fully deployed but just like freedom itself, it remains a fragile and vulnerable state, which has to be taken care of.

In her design Ruth Vulto Gaube deliberately chose an abstract form, to show that this theme is not only connected to an individual fate within a certain time period, but is about fundamental principles, which are valid always and everywhere. Making it free from concreteness gives the monument a universal character.

The text on the memorial plaque:

Ruth Vulto Gaube was very enthusiast about this project. “In my opinion it is important to always remember and honour the courage and commitment of Workum’s resistance and thereby the need of resistance against oppression and violence in general.

The message of art in public space is much better understood, when you involve the people for whom it is meant. Children are serious partners in experiencing and producing art.

The involvement of children, in whom lies the future of our society, is for me the essence of this monument.

Through this project, not only the stone and the location where the monument stands have been given shape. Also the consciousness of these young people has changed over the two years of intensive work. This project created an opportunity to learn from history and understand main principles – the basis for a better future.”

During the two years of process, Ruth Vulto Gaube worked on the three stones which were placed on the playgrounds of the three different elementary schools, each time accompanied by two children who worked together with her shaping the sculptures with hammer and chisel. 250 children were involved in this project, not only learning a lot about sculpting, but also about the reason why this monument was made. They now feel like part of the community to which the resistance members belonged. They recognize the influence of the deeds of those people in the Second World War on their lives today and acknowledge their own position and responsibility in history.

The monument was solemnly revealed on April 27, 2010 in the Workum quarter of Thomashof.

For a documentary film (Dutch) please have a look at

and watch the the Frisian program K-Rûte