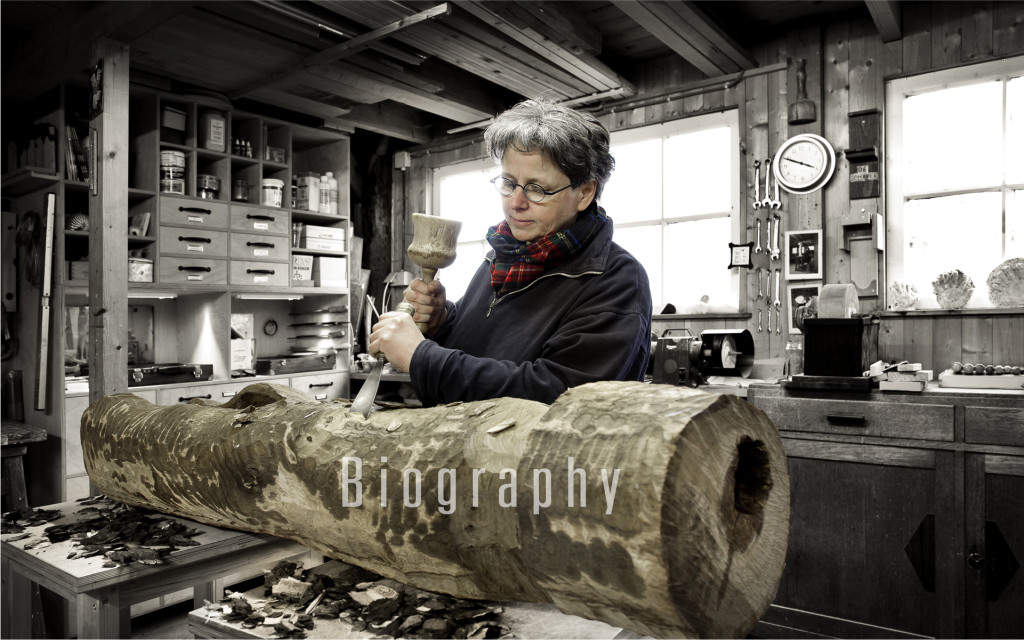 born in 1960 in Germany, graduated as a sculptor from the Alanus University of Arts and Social Sciences in Bonn, Germany in 1988. Since 1991 she has been living in the Netherlands, where she works as an independent artist, regularly taking part in national and international exhibitions.

For the last several years the main theme for her own work has been to make music visible through tangible three-dimensional forms.

To Ruth Vulto Gaube form and sound are one and the same.
In her experience, form is compact, visible sound, and sound is immaterial, hearable form.
Within her work she searches for links between music and sculpture.
She translates sounds and phenomena connected to music into her sculptures making them visible and touchable.

Besides her own work and work on assignment, she is a teacher for sculpting, giving lessons at her own studio, at the art centre “Cultuur Kwartier Sneek”, at elementary and high schools and on location.

In 2010 she finished a monument for the city of Workum (Netherlands) honoring the members of the resistance movement during World War II. It represents a call against violence and oppression. This monument was cut out of stone with the help of about 250 children. Through their close work with the sculptor, the message of the monument is not only expressed in stone, but also launched a process of awareness within the children.

In 2011 Ruth Vulto Gaube was invited to take part at the international Biennale in Florence.

Here she received the ‘International Il Magnifico Award for Art and Culture’.

Living and working in Workum, The Netherlands

Instructor for sculpture at the Cultuur Kwartier Sneek; Sneek, The Netherlands.

Member of the Association of Frisian artists (FRIA).

Working together with 250 elementary school children, created a monument for the city of Workum, The Netherlands honoring the members of the resistance movement during World War II

Participated, by invitation in the International Sculpture Biennale in Copenhagen